You may never do it……. I’ve done it TWICE. Second time I took pictures so I can remember how to fix it if I do it again, and of course you can save the headache I had figuring this out.

HOLD ON TO THE BLIND WHEN LETTING IT UP. If you don’t it may BRRRRRRR! SLAM! And now it’s stuck. Wont unroll.

Here’s what happened and how to fix it.

Remove the blind. Push on the tabs on the brackets that hold the blind. (The blind in question has been removed. There is another one next to it, still in it’s brackets.) Look on the ends….. In the center of the mechanism is a slotted disc. One side is black, the other is grey. This is the grey one. 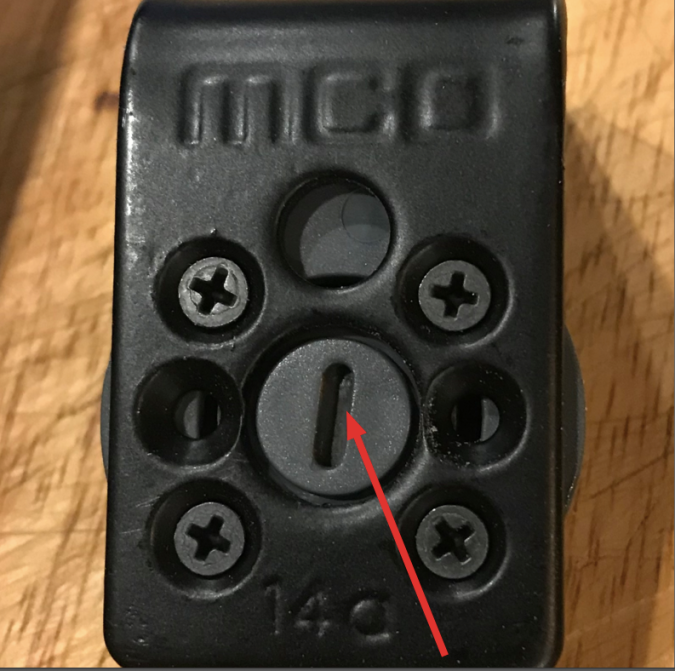 Remove the bracket on the grey side by loosening the allen set screw on part where it slides in the track. (There is a small chance that I have this backwards, or someone at FR had this backwards but that’s not a huge deal, read on.) Set aside. 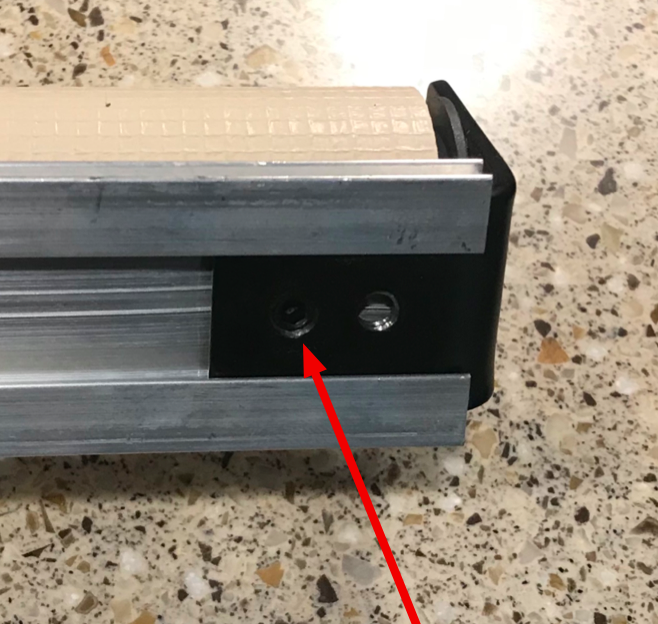 Now look in the blind roll, and with a pair of pliers pull on the tab. 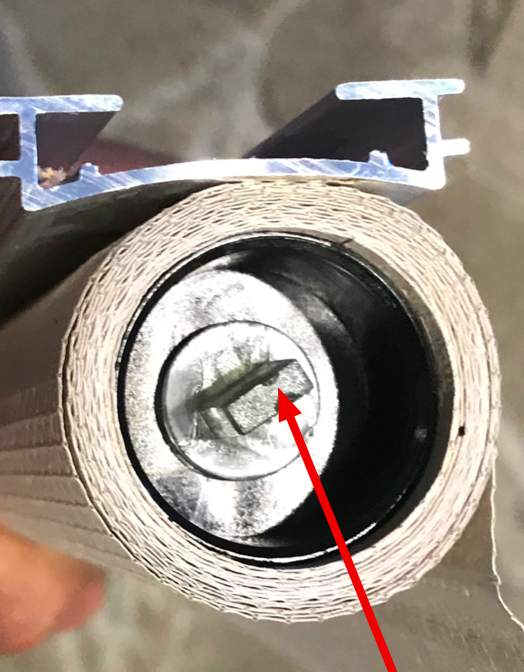 This is what comes out: (If I, or someone at FR had it backwards there will be a spring assembly that comes out. Put it back in. (Notes: It is not under great tension. You won’t lose a hand. And also: There’s an aluminum tab in the roll and there are slots in the various parts of the spring assembly. Make sure these line up when you put it back in). So again… this is the side you want. 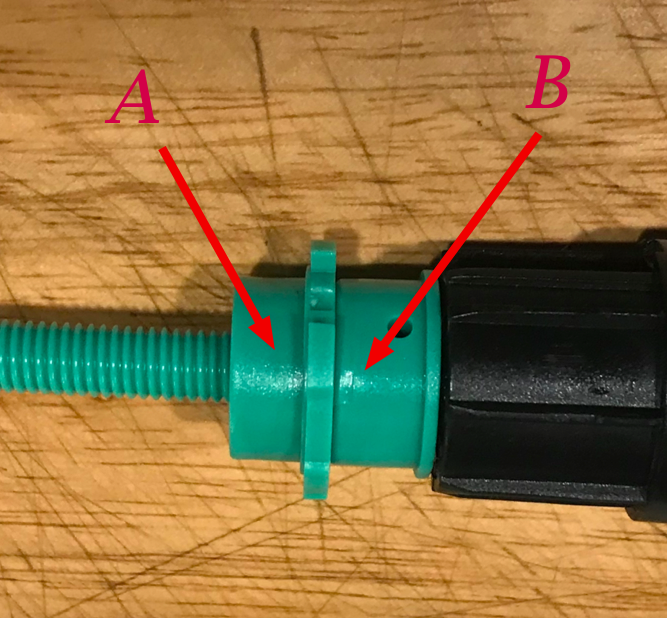 Part A runs back and forth on the threads as the blind goes up and down. Part B stays put. When the blind slammed up part A jammed up against part B. Hard. With two pliers hold part B and un-jam part A. It should now look like this: Re-assemble in reverse order. Note that there’s another tab inside the roll and a slot in part A and the black part. It should all slide back together somewhat easily.

If the blind does not have enough tension, put a flat screw driver in the slot on the bracket on the other (spring) end, push and wind clockwise.

Snap it back in the brackets and HOLD ON TO THE BLIND WHEN LETTING IT UP.

(Of course now that we know how it works, we can see that IN THEORY if you pull hard enough you will release the jammed parts…. proceed at your own risk!)

EDIT…. And someone did just that, gave it a tug and it came free. Thank you brave volunteer!